Thetsane, Dilan called up to senior teams for international competitions 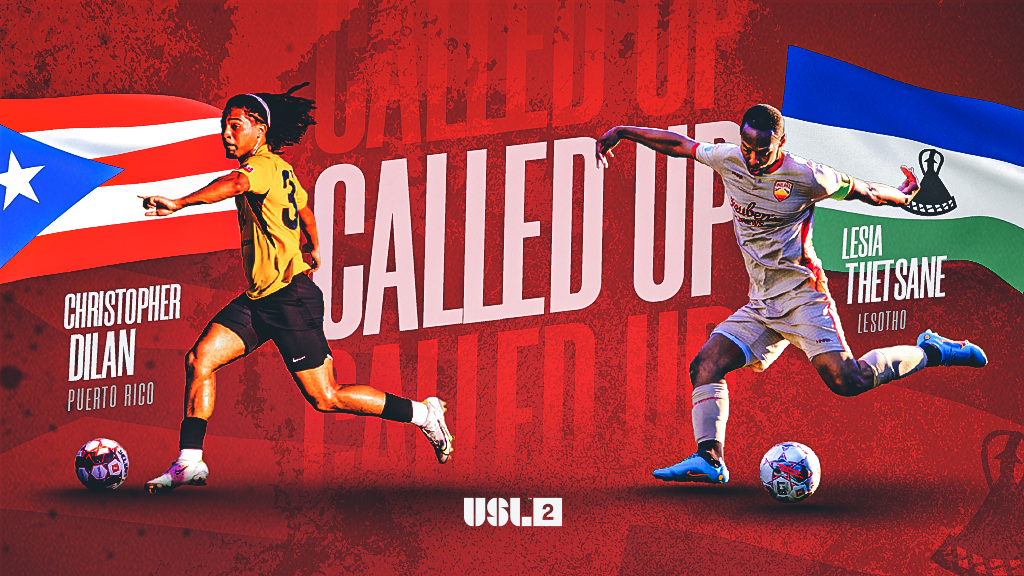 TAMPA, Fla. - Two active USL League Two players have been called up for senior national team duty. Ballard FC left back Lesia Thetsane will be competing in the African Cup of Nations Qualifiers with Lesotho, while The Villages SC’s winger Christopher Dilan will represent Puerto Rico in the Concacaf Nations League.

Thetsane, 25, was born in Maseru, Lesotho, where he played for Kick4Life FC. In 2016, Thetsane moved to the U.S. to attend and play for Columbia College in Columbia, Missouri. He was previously called up to join Lesotho’s senior team in 2019.

The defender formerly played for Kaw Valley FC before becoming one of the first two international signees for Ballard FC earlier this year. Ballard’s head coach Jason Farrell spoke highly of Thetsane’s addition to the team.

“In the short time that I have had the pleasure of knowing Lesia, he has exuded professionalism and respect for the game and this club,” Farrell said. “We took a long look at Lesia when we received word that there was an opportunity to have him come play for us this summer. What we saw while doing our due diligence was pretty special...what we have seen since has been amazing.”

“With certain players, there is just something different about them in how they go about their business and that certainly describes Lesia,” Farrell continued. “His impact on the field is obvious, and yet, I think I have been even more impressed with how he handles himself off the field.  A true professional and someone that, likely, we won't have at Ballard FC for very long.”

Dilan, 23, was born in Orlando, Florida and played collegiate soccer at East Florida State College and Palm Beach Atlantic University. Dilan has played for The Villages SC since 2019.

As a forward, Dilan has been recognized for his speed and aggressiveness on the pitch. He was selected as the Buffalos’ Man of the Match after their 2022 Lamar Hunt US Open Cup second round game against USL Championship’s Tampa Bay Rowdies.

"It's an honor for me as a coach and an inspiration for our players to see Chris Dilan get called up for Puerto Rico's National Team,” The Villages SC head coach Anderson DaSilva said. “If coach Dave Sarachan needed an attacking player with speed, aggressiveness, and personality, he's got the right guy for the job."

Thetsane and Lesotho played their first game Friday morning, losing 2-0 against Comoros. Thetsane got the start for Lesotho in that match, and will play against Ivory Coast on Thursday, June 9 at 1 p.m. ET. Dilan and Puerto Rico will play in League C against the Cayman Islands on Thursday, June 9, at 6 p.m. ET.